Forty-four percent of children experienced poverty for at least two consecutive months, also known as episodic poverty, between 2013 and 2016, according to a recently released U.S. Census Bureau report.

This rate was nearly triple the episodic poverty rate for individuals ages 65 and over.

The new report, Dynamics of Economic Well-being: Poverty, 2013-2016, includes longitudinal statistics like episodic and chronic poverty and the median length of poverty spells

Seniors and children typically remained in poverty longer than working-age adults, based on the median length of poverty spells by age group.

It shows the episodic poverty rate was higher (44%) for children (under age 18).

Seniors (ages 65 and over) had the lowest episodic poverty rate among all age groups with a rate of 15.8%. Working-age adults (ages 18-64) had a higher rate of 33.6% but still lower than the rate for children. 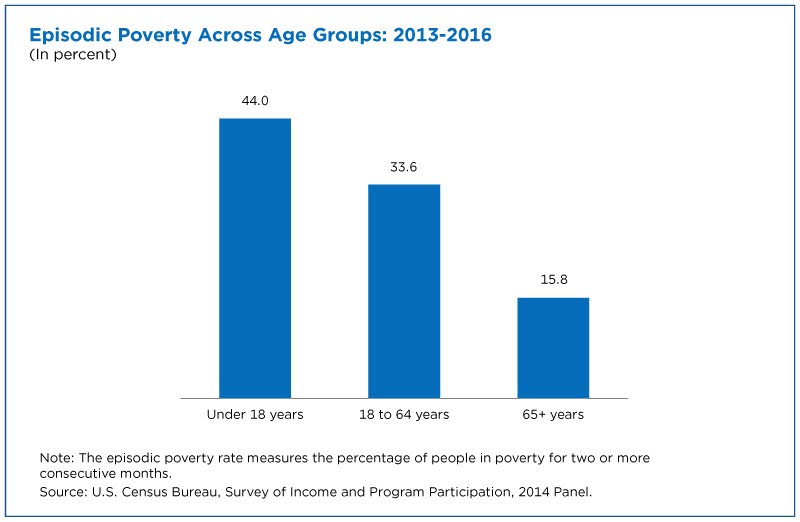 Chronic poverty describes individuals in poverty for all months of the 2013-2016 period studied. As a result, the chronically poor are also captured within the episodically poor, as they have more than two consecutive months in poverty. 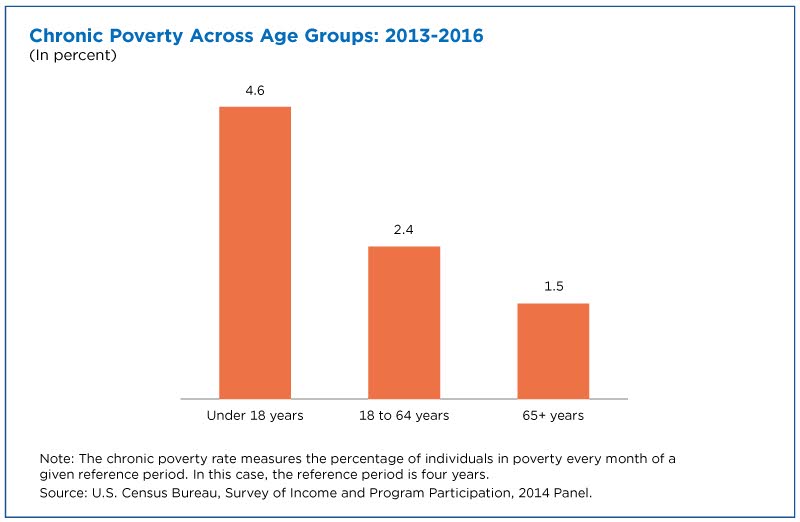 Lifting Out of Poverty

The length of a poverty spell represents the number of consecutive months an individual was in poverty. A group’s median poverty spell length can provide information on its ability to exit poverty.

Seniors and children typically remained in poverty longer than working-age adults, based on the median length of poverty spells by age group.

While seniors notably had the lowest episodic poverty rate among all age groups, those in poverty appeared to have difficulty exiting poverty.

Seniors’ median poverty spell length (12.4 months) was longer than it was for working-age adults (10.1 months) and was not statistically different than for children (11.8 months) from 2013 to 2016.

Letter from the Commissioner of NYC Mayor’s Office of Media and Entertainment – September 3, 2021

COUNCIL MEMBER MATHIEU EUGENE EXPRESSES SOLIDARITY AND SUPPORT FOR HAITI IN AFTERMATH OF THE MAGNITUDE 7.2 EARTHQUAKE